Hanseatic City on Rhine and Lippe

“Vesalia hospitalis – Hospitable Wesel. ” Wesel received this honorary name in 1578 from Flemish religious refugees, who felt warmly welcomed in our city. Wesel presents itself as hospitable and open-minded even today. We are proud of our traditional history as a Hanseatic city and our cultural diversity.

Important attractions are the Willibrordi Cathedral, the LVR Lower Rhine Museum at the Zitadelle (Cultural Centre) and the late Gothic-Flemish town hall facade on the Großer Markt from 1455, which was destroyed during the Second World War and rebuilt in 2011.

With more than 75 kilometres of cycling and hiking trails in the area of the city of Wesel, all the rich facets of the Lower Rhine landscape are accessible. With the Rhine ferry “Keer tröch II”, cyclists and pedestrians can comfortably cross the Rhine. The best way to cross the Lippe during the cycling season is with the “Cross Driver”, a hand-operated ferry.

Traditionally linked to the Hanseatic League, which Wesel joined in 1407, business and commerce are of great importance. Wesel is an attractive and growing business location for well-known large companies as well as for small and medium-sized enterprises, crafts and retailers.
Visit our beautiful city on the Lower Rhine.

The tower of the Willibrordi Cathedral on the Gro?er Markt in the heart of Wesel’s old town is visible from afar.

The imposing church was built in its present appearance between 1501 and 1540 as a late Gothic basilica with five naves. The tower was erected in 1477 and 1478. It is considered an outstanding example of the late Gothic style in northern Germany.

The historic townhall is one of the city’s landmarks and was one of the most famous Lower Rhine secular buildings of the late Gothic period.

Built in the middle of the 15th century and extended around 1698/1700, the Gothic town hall on the Grosser Markt was destroyed in the Second World War. In 2011, the façade was reconstructed by a civic foundation, thus restoring a piece of the city’s identity.

The Wesel Citadel is one of the largest preserved fortifications in the Rhineland and was built between 1688 and 1722 in Wesel according to plans by Johan de Corbin in the shape of a five-pointed star. It was the core of the Wesel fortress.

The Berlin Gate is part of the Wesel Fortress and was built by the fortress and court architect Jean de Bodt between 1718 and 1722 in the style of the Prussian Baroque.

It is located on the east side of Wesel’s city centre and is the only remaining gate of the former Wesel Fortress. It was severely damaged in the course of defortification from 1890 to 1895 and especially at the end of the Second World War.

In the midst of the Lower Rhine natural landscape in the Diersfordt district lies the Diersfordt Castle complex, built in 1432 – with a stylish ambience, a rococo church on the castle square and its own water areas.

Every child knows the name of the mayor of Wesel. Because Wesel’s donkey echo to the mayor’s question is known beyond the country’s borders. And so the people of Wesel cherish this echo and the associated cult of all things by “donkey” 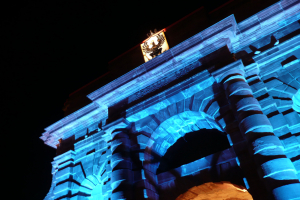 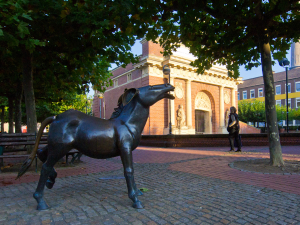 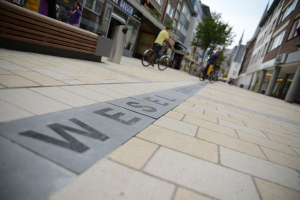 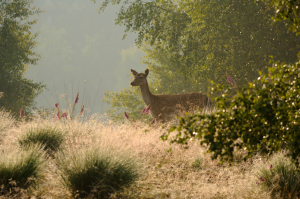 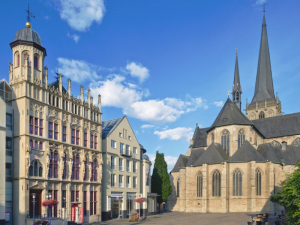 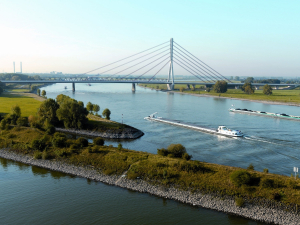