The pearl of the Lower Rhine

The old Hanseatic and European city looks back on more than 775 years of city history and is today a destination for visitors from near and far.
The Rhine was and is the city’s fortune, which brought commerce and prosperity, but also destruction and hardship by floods and ice. Before the end of the 14th century Emmerich was a member of the Hanseatic League. In spite of changing governments until the 16th century it experienced a heyday and was named “Embrica decora” – the magnificent Emmerich on the Rhine.
In 1567, a Hanseatic Day was held in the Kreuzherren monestery. In World War II, 97% of the city were destroyed by a bombing raid. Today, Emmerich am Rhein is a modern Rhine town with 30,000 inhabitants, which has left the time of reconstruction behind.

Numerous national and international companies of the manufacturing industry and logistics are based in Emmerich am Rhein. Many cultural and tourist facilities such as theatres, museums, galleries, leisure pool etc. welcome guests.

The Rhine Promenade fascinates visitors from near and far and invites you to walk and stay, for example on the “Gastronomic Mile” with a view to the river and the longest suspension bridge in Germany. Numerous events such as the Rhine Promenade Festival “Emmerich im Lichterglanz” fascinate thousands of visitors every year. 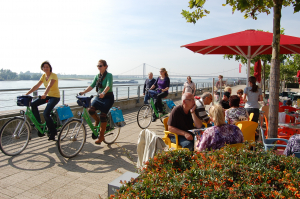 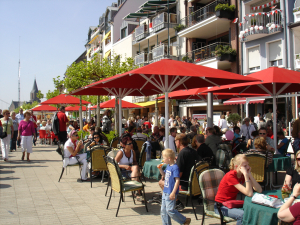 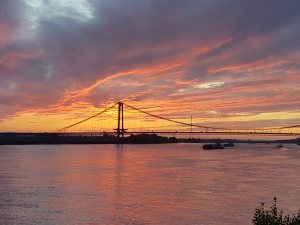 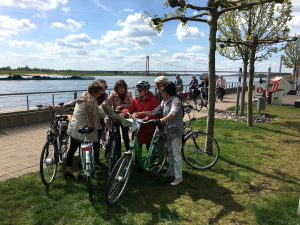 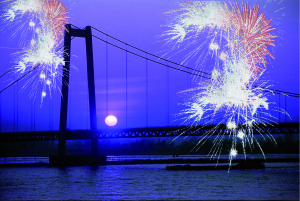 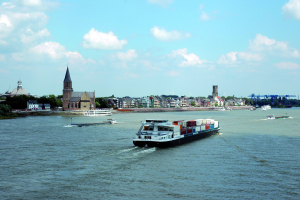 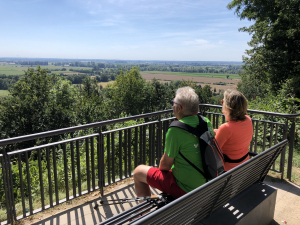 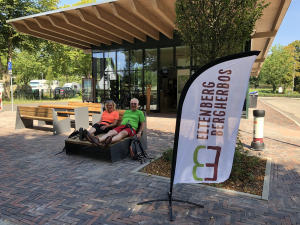